Karen Gillan may be leaving Doctor Who later this year but its nice to know she'll still be on out TV screens. The new issue of the Radio Times features Karen on the cover as she is appearing on BBC4 in We'll Take Manhattan where she stars as Jean Shrimpton in 1962.

A good enough reason for me to get scanning... 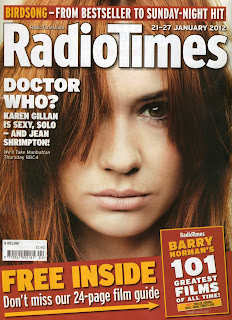 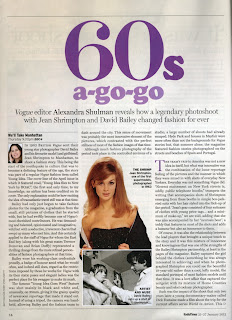 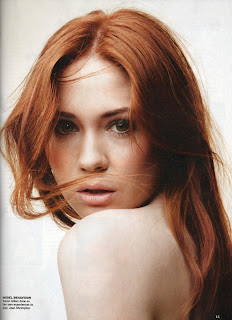 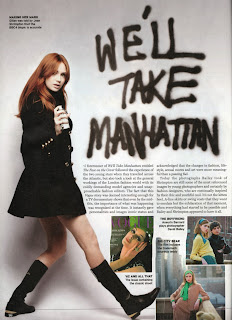 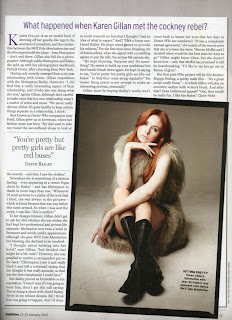 I've set up my own website and put a wordpress blog on it. As time goes on I'll stick some blog posts up there. I expect I'll still post here though. Anyway, here's he blog address...

Lara Pulver and some other Sherlock actresses are interviewed in the new Radio Times.

http://www.radiotimes.com/news/2012-01-10/sherlock-lara-pulver-and-the-shows-female-stars-confess-all
Posted by Jack at 19:40

You just gotta love the Dail Mail and it's ongoing obsession of looking for something to be annoyed or offended by the BBC. Today's paper included the shocking news that Lara Pulver was NUDE before the WATERSHED on Sunday night in the BBC's Sherlock.

And just to underline the SHOCKING NUDITY SHOCK what do they do?

They print two photos of Lara Pulver NAKED. Solely in the interests of journalistic integrity, you understand.

If readers want to be shocked then they can choose to follow the link below. Please note that the shocking nudity referenced above does not actually contain any NAUGHTY BITS.

But why did they not run the story in Monday's edition? They must have been too shocked, perhaps.

It's a wonder they are not calling it Adlergate or something.

The long awaited Sherlock series 2 has finally arrived. I do feel like just saying, 'yes it's very good , watch it'. But I shall attempt a little more detail.

The episode picks up with the cliffhanger ending from the last series. You know, Jim Morarity and the swimming pool? Well I had forgotten it ended like that. I don't think the show really needs a cliffhanger ending.

The new episode mainly concerns itself with introducing Lara Pulver's rather naughty version of 'the Woman', Irene Adler. She is in possession of a camera phone that contains lots of secrets that various intelligence agencies and terrorists would be willing to kill over. Sherlock takes on the job of getting his hands on the phone, supposedly to protect the reputation of the royal family.

However for once it looks like Sherlock has met his match. Irene Adler turns out to be a resourceful adversary who gets the upper (whip) hand, at one point  drugging Sherlock to get her phone back.

The show continues to employ some wonderful visual flourishes to illustrate Sherlock's observations, wether it be someone coming into contact with 'three small dogs' or Watson having a 'new girlfriend'. However with Adler he is confused to find he can't read her at all, and we are presented with '??????'.

There's an excellent sequence that has Sherlock and Adler at the scene of another crime he was investigating, while in her living room, as the drugged Sherlock falls into bed. Yes, you really had to see it.

There's also a running gag about a personalised ring tone that Adler puts on Sherlock's phone that causes some amusement but also alerts us to his presence at unexpected moments.

Overall it's a very enjoyable opener to the new series.
Posted by Jack at 18:27 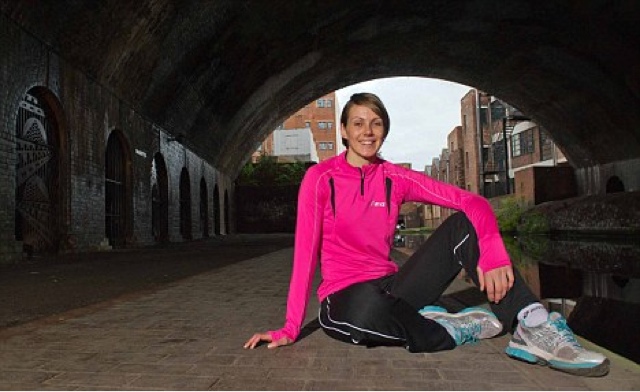 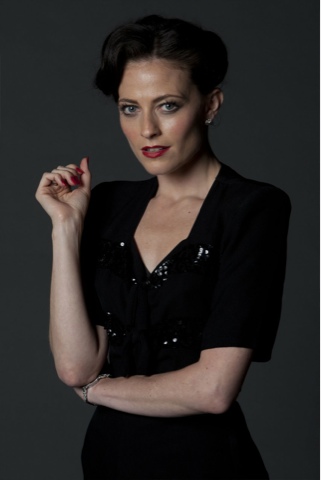